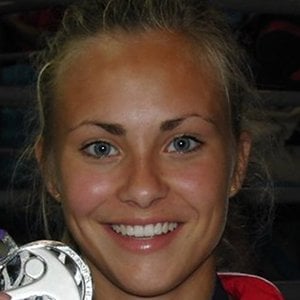 Hurdler who won silver at the 400-meter hurdles at the European U23 Championships Tallinn, Estonia in 2015. She has over 90,000 followers on her stinatroest Instagram account.

She won silver at the 400-meter hurdles at the Youth Olympic Games in Singapore 2010.

She and Oliver Golding have both competed in the Youth Olympic Games.

Stina Troest Is A Member Of