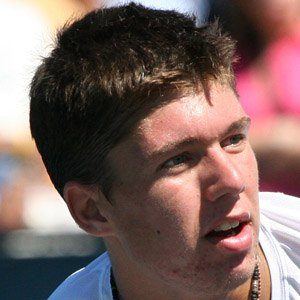 English child actor-turned-tennis player who won the U.S. Open Junior Championship in 2011. He won gold medals at the Youth Olympic Games and at the 2010 Summer Youth Olympics.

He began his youth career with the Esporta Riverside Club in 2004.

He was a child actor who appeared films like 2002's "All or Nothing", which won the London Film Critics Circle Award for Best British Film of the Year.

His mother Sandra has also been his tennis coach.

He was defeated by French player Nicolas Mahut at the Aegon Championships in 2011.

Oliver Golding Is A Member Of