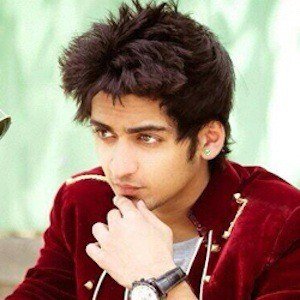 Actor and dancer who is known for his various appearances across Indian television. He is particularly known for his role as Prince Sushim on the Indian TV series Chakravartin Ashoka Samrat.

He first gained popularity as a contestant on the Indian reality competition series Dance India Dance 4. He finished his time on the show as a finalist.

He was born and raised in Pune, India.

He appeared on Dance India Dance during Mudassar Khan's first season as a judge.

Sumedh Mudgalkar Is A Member Of