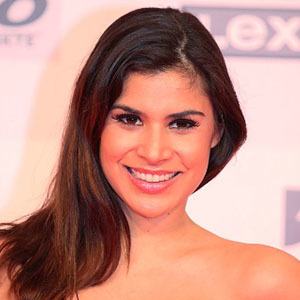 Actress, model and reality television personality who competed on the show Deutschland sucht den Superstar, which is part of the Idol franchise. She went on to participate in the German version of I'm a Celebrity...Get Me Out of Here.

She once worked as a flight attendant.

She recorded the 2008 album Tanga as part of the duo Las Bonitas.

Her father Benjamin has Ukrainian ancestry while her mother is of Indian descent.

She posted a picture on Facebook with her arm around actor Rami Malek in February 2019.

Tanja Tischewitsch Is A Member Of