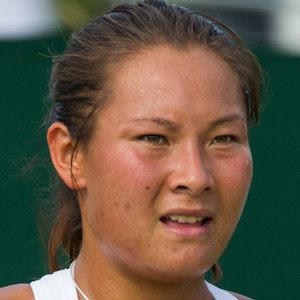 Hong Kong Chinese-British tennis player known for being one of the top-ranked players in Britain. She first broke into to the Top 200 world rankings in 2013.

She grew up training with esteemed coach Nick Bollettieri at his tennis academy.

She started competing professionally in 2006, but didn't officially turn pro until 2010. She reached the second round of Wimbledon in 2016.

She was born in Hong Kong, but later moved to England.

Tara Moore Is A Member Of