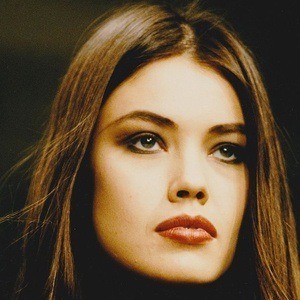 Model who is known as the Queen of Vintage Couture. She owns more than one hundred pieces from fashion history that are still wearable. After retiring from modeling in the '90s, she worked as a contributing editor for Vogue, Vanity Fair, and Harper's Bazaar.

Her school was very strict about uniforms. She was kicked out of school for a week for wearing a perm at 14.

She gave up studying physics to model when Marilyn Gauthier, a leading Paris model agent, spotted her.

She was the daughter of physicists. Her family lived in Arzamas-16, home of the first Soviet A-bomb, a closed city.

She has styled shoots for Elizabeth Taylor.

Tatiana Sorokko Is A Member Of