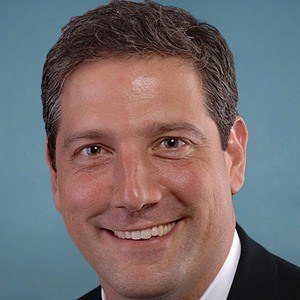 U.S. Representative for Ohio's seventeenth congressional district who took office in 2003. He is a member of the Democratic party and he has served on the Committee on Armed Services and the Committee on the Budget.

He played quarterback for his high school varsity team before getting a a Bachelor of Arts degree in political science from Bowling Green State University.

He was raised by his single mother, Rochelle Ryan, with the assistance of his grandparents.

Tim Ryan Is A Member Of