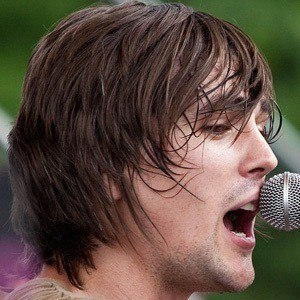 Rock singer who became the frontman of the alternative rock band House of Heroes. His band's hit song "In The Valley of The Dying Sun" went number one on RadioU's Most Wanted in 2008. They have toured with known bands such as Relient K, Rufio and MxPx.

He and House of Heroes originally formed under the name Plan B in 1996.

His band's breakthrough album was The End is Not The End, which landed at #19 and #9 on the Heatseekers Albums chart.

He married singer Stephanie Smith in November 2012. They create their own music under the came Copperlily.

He and Eric Newcomer are both members of House of Heroes.

Tim Skipper Is A Member Of