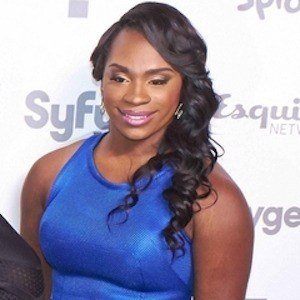 Reality TV star who is known for her time as a dancer on the Oxygen series The Prancing Elites Project. She made her first appearance during the show's April 2015 premiere on Oxygen.

She first appeared in the Prancing Elites' March 16, 2013 YouTube video "Prancing Elites of Mobile, AL Basketball Game 2013." The video went viral, and has since amassed more than 775,000 total views.

She appeared with her fellow Prancing Elites dancers on the Bravo! TV series Watch What Happens Live. She gave the host Andy Cohen his Prancing Elites leotard, which he put on immediately.

She was born and raised in Mobile, Alabama.

One of her videos, of her and her group mates dancing in the stands of an NBA game, was tweeted out by Shaquille O'Neal. He expressed his support for the group.

Timothy Smith Is A Member Of