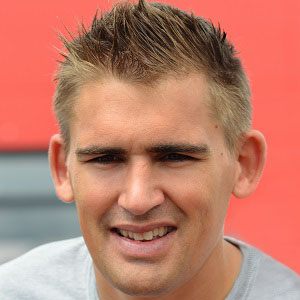 English rugby union player who played with clubs like the Newcastle Falcons, Leicester Tigers and Stade Toulousain, winning the Guinness Premiership with the Tigers in 2010. He was a member of the English national team which finished as runners-up at the 2007 Rugby World Cup.

He was born in Frimley, Surrey and attended Chantry School in Morpeth, Northumberland. He later went to the Kings School in Tynemouth.

He began studying Law at Northumbria University with the intention of becoming a lawyer after rugby.

He was teammates with Jonny Wilkinson at the 2007 and 2011 Rugby World Cup.

Toby Flood Is A Member Of