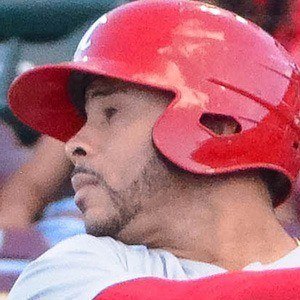 MLB outfielder who managed to overcome myriad injuries to make his big league debut with the St. Louis Cardinals in 2014. He made his first Opening Day roster in 2016, but tore a muscle in the first game of the season.

He played at Durango High School, where his 93-mile-per-hour fastball drew significant interest, although he preferred to play outfield. He ultimately passed on college baseball after being drafted in the 16th round in 2006.

He's of Vietnamese descent and has a sister.

His major league debut in 2014 made him the first Vietnamese-American to play in the MLB since Danny Graves.

Tommy Pham Is A Member Of