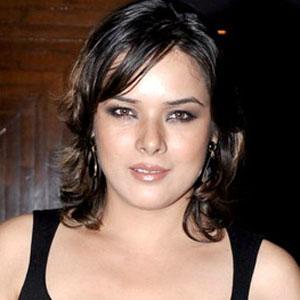 Indian actress who gained fame for appearing in Bollywood films like Zeher, Aksar, and Diary of a Butterfly.

She was a model for companies like Pepsi and Nokia.

She appeared in the music video for the song Kya Khoob Lagti Ho, which was written by Ahmed Khan.

She made her Bollywood debut in the 2003 film, Paap, directed by Pooja Bhatt.

Udita Goswami Is A Member Of