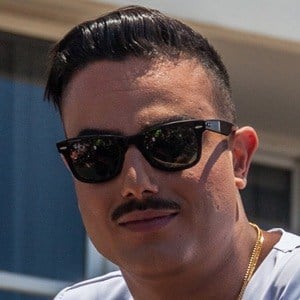 Israeli actor, dancer, and performance artist who's known for being the first Israeli drag queen to have a feminine and masculine image. He also played Sami in the TV series Mom and Abaz and participated in Israel's The Amazing Race in 2014.

He started taking professional makeup courses at Yarin Shahaf's makeup school at the age of 17.

His well-known trademark is his mustache.

He's the youngest of his siblings. His mother committed suicide when he was two years old. His father worked as a security guard.

He appeared in a campaign for Carolina Lemke with model Bar Refaeli in 2015.

Uriel Yekutiel Is A Member Of