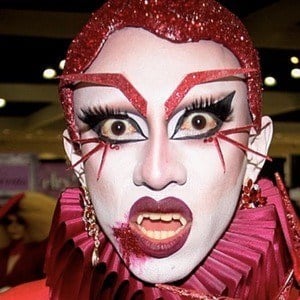 He grew up in a conservative household. At four years old, he began cross dressing and wearing his mother's heels around the house.

His real name is Antonio Yee. He was born in Imperial Valley, California and often visited his grandmothers in Baja California.

He has been photographed alongside fellow physique model Aylen Alvarez.

Vander Von Odd Is A Member Of