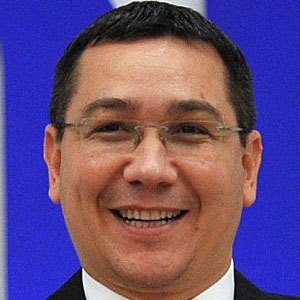 Before beginning his political career, he earned a law degree from the University of Bucharest and became a prosecutor for Romania's High Court of Cassation and Justice.

While serving as Prime Minister, he was accused of having plagiarized his dissertation and was investigated by several organizations.

His marriage to Roxana Ponta lasted from 1998 to 2006 and produced a son. He married his second wife, fellow politician Daciana Sarbu, in 2006; they had a son and a daughter together.

He served as Prime Minister under the presidency of Traian Basescu.

Victor Ponta Is A Member Of