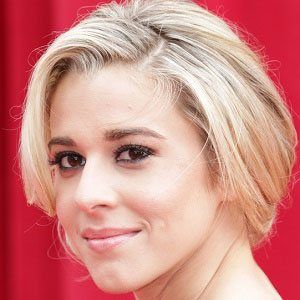 Most well known for her role as Jasmine/Jason Costello on the popular English soap operas Hollyoaks and Hollyoaks Later, she was nominated for a 2011 TV Choice Award and won a Transgender Zone Television Award for her portrayal of a character dealing with Gender Identity Disorder.

Before beginning her acting career, she trained in the theater and dance program at the University of Chichester and pursued musical theater coursework at London's Central School of Speech and Drama. She made her professional acting debut in a touring stage production of Cinderella.

She earned a recurring role as Camilla on the American comedy series The Girl's Guide to Depravity. In early 2015, she published her first novel, London Love.

She was born and raised in Farnborough, Hampshire, England.

In 2015, she made her cinematic debut in the Judd Nelson and Jillian Murray film The Downside of Bliss.

Victoria Atkin Is A Member Of