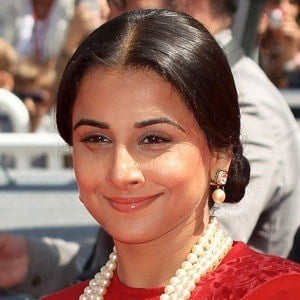 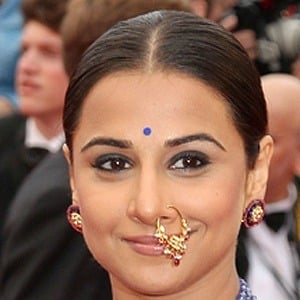 Leading Indian actress who won the 2012 International Indian Film Academy Best Actress Award for The Dirty Picture. The Indian Government awarded her with the Padma Shri in 2014.

She turned down her first starring television role to study at St. Xavier's College and the University of Mumbai.

She was also known for her starring roles in the 2012 film Kahaani and the 2005 film Parineeta.

She has an older sister named Priya. She married Siddharth Roy Kapur in 2012.

She had a supporting role in the 2007 film Guru with Aishwarya Bachchan.

Vidya Balan Is A Member Of