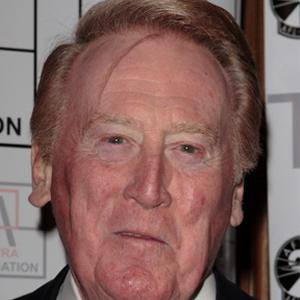 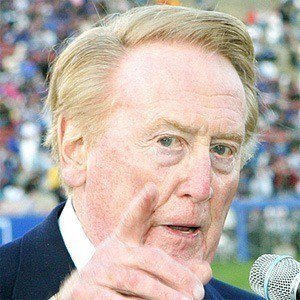 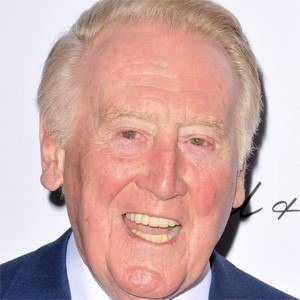 Became play-by-play announcer of the Brooklyn Dodgers in 1950, then followed with the team during their move to Los Angeles. He became the longest tenured broadcaster for a single team in the history of sports, with over 60 years in the booth for the Dodgers.

He worked as a delivery boy and janitor in his early years.

He developed a signature introduction to his games: "It's time for Dodger baseball! Hi, everybody, and a very pleasant good (day/evening) to you, wherever you may be."

He married Joan Crawford in 1958 and then later remarried Sandra Hunt on November 10, 1973.

Through the years, he teamed up with several different analysts such as Jim Brown to work with him on CBS sports.

Vin Scully Is A Member Of