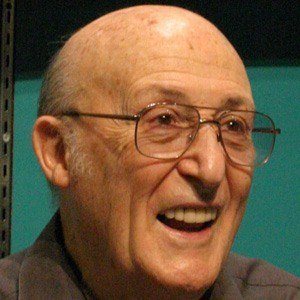 American-born cartoonist and Entertainment legend that established the Will Eisner Comic Book Hall of Fame.

In 1971, he was inducted into the Academy of Comic Book Arts Hall of Fame.

His father was also an artist.

Batman creator and acclaimed animator Bob Kane was a friend of his during high school.

Will Eisner Is A Member Of