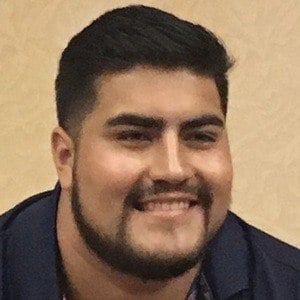 Guard who was drafted by the New York Giants in the second round of the 2018 NFL Draft. He was rated as the top rookie offensive lineman by Pro Football Focus after the first 3 weeks of the 2018 NFL season.

He played college football for the UTEP Miners. He was named to the first team All C-USA in 2017.

He participated in the 2018 college football all-star challenge.

His parents' names are Angelica and Robert.

He was the second offensive guard drafted in the 2018 NFL Draft after Quenton Nelson.

Will Hernandez Is A Member Of