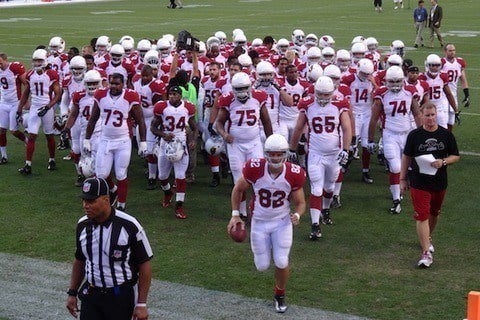 Franchise that was originally formed in Chicago, then played in St. Louis from 1960 to 1987. The team reached Super Bowl XLIII in 2009.

In Super Bowl XLIII, the Cardinals took a late lead over the Pittsburgh Steelers after a Larry Fitzgerald touchdown with 2:37 to go, but the Steelers responded with a drive of their own, winning the game 27-23 on a Santonio Holmes touchdown with 35 seconds remaining.