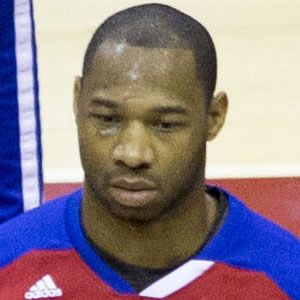 NBA guard who began his career with the Philadelphia 76ers in 2003.

He played 4 years of college basketball at the University of Detroit Mercy.

He was selected 41st overall in the 2003 NBA Draft by the Seattle Supersonics, but traded later that day to the 76ers.

His uncle Gary Green was his basketball coach at Cooley High School in Detroit, Michigan.

From 2003 to 2006 he played on the Philadelphia 76ers with All-Star guard Allen Iverson.

Willie Green Is A Member Of