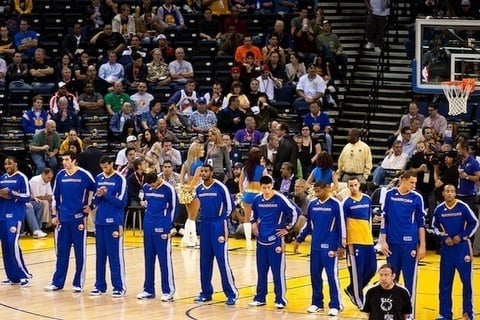 NBA franchise that won two NBA titles as the Philadelphia Warriors. The team moved to San Francisco in 1962 and turned into a dynasty led by Stephen Curry beginning in 2014-15.

The 2015-16 Warriors set an NBA record by going 73-9 during the regular season, but fell to the Cleveland Cavaliers in seven games in the NBA Finals.