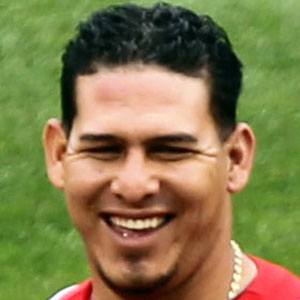 Major league catcher from Venezuela who began playing for the Washington Nationals in 2010. He was named as the catcher Baseball America's All-Rookie Team.

He was signed as a free agent by the Minnesota Twins in 2004.

He was abducted by four armed men in his native Venezulea in November 2011. He was rescued two days later.

His first child was born in August 2014.

He became the first Twins player to earn four hits in his major league debut since Kirby Puckett did so in 1984.

Wilson Ramos Is A Member Of