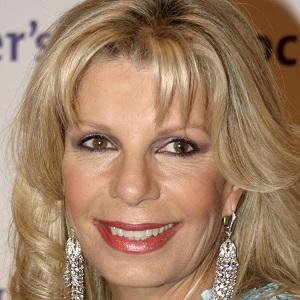 American woman most famous for being the daughter of actress Rita Hayworth and Prince Aly Khan. Following her mother's death from Alzheimer's disease, she became an advocate for awareness of the disease and served as the Vice Chariman of the Alzheimer's and Related Disorders Association.

She graduated from Bennington College in 1973 and considered becoming an opera singer.

She discussed her mother's painting hobby during her struggle with Alzheimer's in the 2009 documentary I Remember Better When I Paint.

Her mother was Rita Hayworth, the actress known for such films as Gilda and The Lady From Shanghai.

Yasmin Aga Khan Is A Member Of