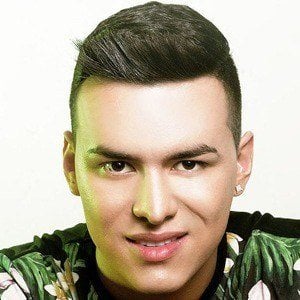 Singer-songwriter and composer who rose to fame after the release of his first album Con El Corazón - Volume 1. He uses his Instagram to promote his musical appearances and day to day life. He has over 2.9 million followers on the platform.

He first found acclaim through a children's song festival in Manzanares where he was named the King of Song for five consecutive years.

His track "Why Envy?" was in released in 2014 to address all of those who did not believe in him.

He was born in Manzanares, Caldas to his parents Orlando Jiménez Aristizabal and Luz Fenny Galeano.

He posted a photo alongside singer El Bebeto to Instagram in April 2017.

Yeison Jiménez Is A Member Of