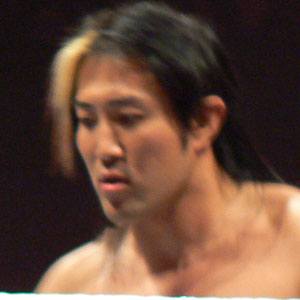 New Japan Pro Wrestling superstar who crossed over to the WWE, where he competed from 2007-2014. He then returned to NJPW.

He started his career with NJPW in 2001, officially making his pro wrestling debut in 2002.

In the WWE, he competed on the fifth series of NXT, where he started a feud against several rookies.

He was born Naofumi Yamamoto, in Gifu Prefecture, Japan. He and his wife have a child.

He defeated Zack Ryder in a November 11, 2010 episode of WWE Superstars.

Yoshi Tatsu Is A Member Of