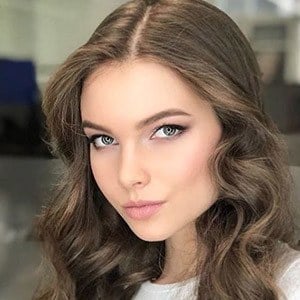 Russian model and beauty pageant contestant who is recognized for having been crowned Miss Russia 2018. Her national crown allowed her to compete in the 2018 Miss Universe pageant as well. She shares her modeling shots through Instagram for her over 90,000 followers.

She originally studied Journalism at the Chuvash State University before starting to work professionally as a model in Paris and Osaka. Her pageant career started in 2015 when she was runner up at the Miss Chuvashia pageant.

She placed in the Top Three in the Miss Tourism Russia pageant in 2017 and shared a photo from the event through Instagram in August of 2017.

She was born and raised in Cheboksary, Russia and has a younger sister who is eleven years her junior.

She shared a photo with fellow beauty pageant contestant Sarah Rose Summers at the Miss Universe pageant to her Instagram in December of 2018.

Yulia Polyachikhina Is A Member Of