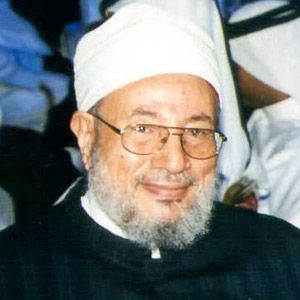 Egyptian Islamic theologian best known for his broadcast "Shariah and Life" on Al-Jazeera. He founded the website IslamOnline in 1997, which provides advice and information to Muslims and non-Muslims.

He studied Islamic Theology at the Al-Azhar University in Cairo and later earned a Master's in Masters degree in Quranic Studies from the Advanced Arabic Studies Institute.

He has been affiliated with the Muslim Brotherhood and some of his views have not been looked upon kindly in the west.

In 2011, during the protests in Libya, he issued a fatwa calling for the death of Muammar Gadhafi.

Yusuf Al-qaradawi Is A Member Of