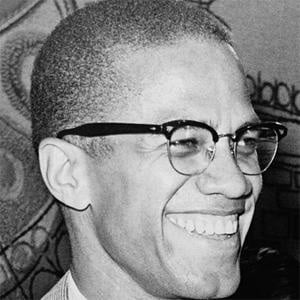 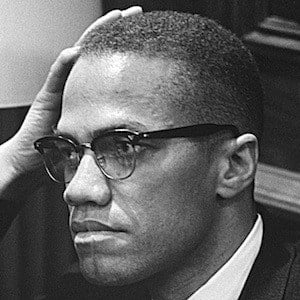 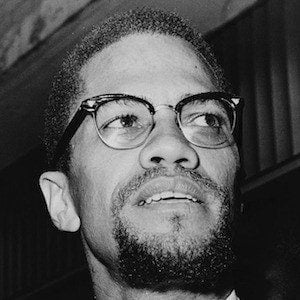 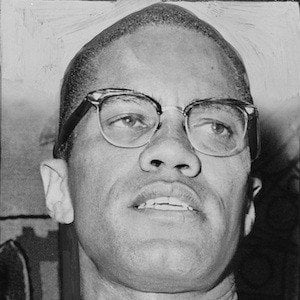 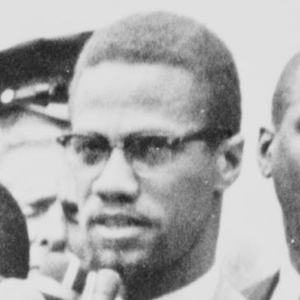 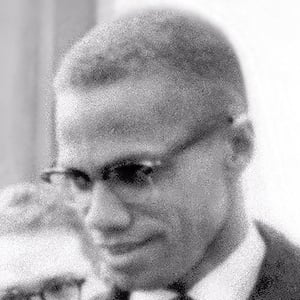 Iconic Muslim minister, leader of the Nation of Islam, and human rights activist who spoke out against white supremacy and the disenfranchisement of African Americans. His autobiography, which was published shortly after his assassination in 1965, is considered one of the most important nonfiction books of the 20th century.

He was born Malcolm Little and after the death of his father, he and his brothers would hunt game to make ends meet.

A trip to the Muslim holy city of Mecca helped him to develop his beliefs; he began signing his last name as X to replace the ancestral slave name Little.

His father was murdered by white supremacists when he was a child, his uncle was lynched, and his mother was admitted into a mental ward. He lived in several foster homes, and married Betty Shabazz in 1958; together they had six children.

He was portrayed by Denzel Washington in Spike Lee's 1992 biographical film Malcolm X.

Malcolm X Is A Member Of