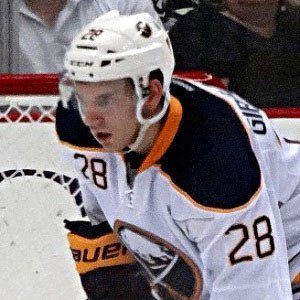 Latvian hockey centre who, by being drafted with the fourteenth overall pick by the Buffalo Sabres in the 2012 NHL Draft, became the highest-drafted Latvian player in history. In 2013, he was named Latvian Rising Sportspersonality of the Year.

He played for the Green Mountain Glades in the Eastern Junior Hockey League.

Due to a voting campaign held by rabid fans in his native Latvia, he received the most votes of any player for the 60th NHL All-Star Game.

He and centre Sam Reinhart are both former first-round draft picks of the Sabres.

Zemgus Girgensons Is A Member Of