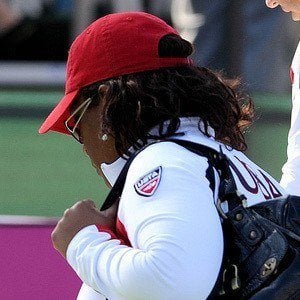 3-time Grand Slam and mixed doubles champion, who was also a women's doubles gold medalist at the 1988 Olympic Games.

She entered her first tennis tournament at age 12 and won a national girls' title at age 14.

She founded the Zina Garrison Foundation for the Homeless in 1988.

She is the youngest of 7 children.

She partnered with Mary Joe Fernandez in the Australian Open women's doubles in 1992.

Zina Garrison Is A Member Of