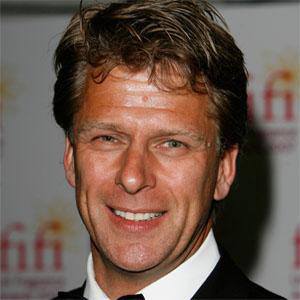 Former top-ranked British tennis star started presenting for Sky network and BBC's Wimbledon coverage after retirement. Eventually, he moved to radio in the 2010s. He was a host on Smooth Radio for a breakfast show and a Sunday evening program.

He was a junior champion before turning professional at age 25.

He gained reality fame for competing on the sixth season of the UK's Strictly Come Dancing. He frequently worked alongside Ben Shephard while hosting GMTV.

He married airline stewardess Sophia Castle on May 18, 1991; the couple has two children, Georgina and Claudia.

He began working with John McEnroe on Wimbledon tournament in 2003.

Andrew Castle Is A Member Of