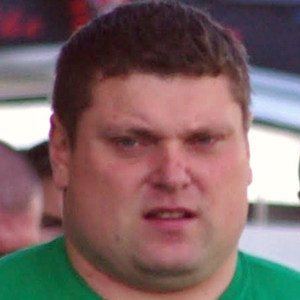 One of the all-time greatest strongmen and power lifters, he won back-to-back World's Strongest Man competitions in 2009 and 2010.

He first became interested in lifting when he watched a competition on TV in 1989; three years later, he won the same competition that inspired him to begin training.

He won the Arnold Strongman Classic six consecutive years, from 2003 to 2008.

Before breaking through and winning a World's Strongest Man competition, he placed second behind Mariusz Pudzianowski in consecutive years, 2002 and 2003.

Zydrunas Savickas Is A Member Of