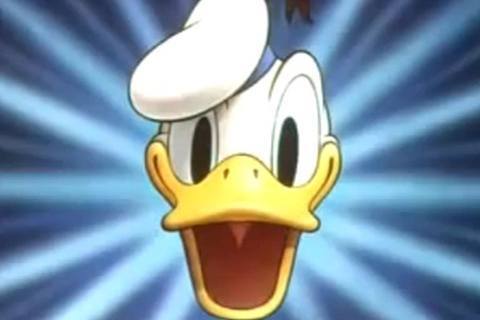 White cartoon duck draped in a blue sailor shirt and hat who is known for his temper tantrums, frequent blunders and distinct, often impersonated speech. He would appear regularly alongside Mickey Mouse and Goofy.

His footprints were made in the cement outside Grauman's Chinese Theatre in Hollywood in commemoration of his 50th birthday in 1984.