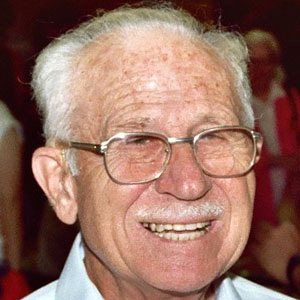 Provided the voice of Disney's Donald Duck for over 50 years.

He was a popular impressionist on Los Angels's KHU radio station, and his talent for voices got him a publicity gig with the Adohr Milk Clompany.

Walt Disney himself invited him to provide a voice for his talking duck in upcoming animated short, "The Wise Little Hen."

He grew up in Watonga, Oklahoma.

Clarence Nash Is A Member Of