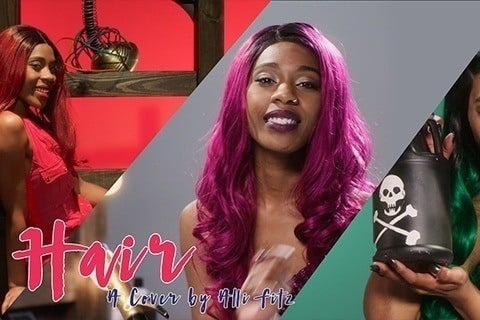 Released under her name Alli Fitz on her Allicattt YouTube channel, the song is a cover of a Little Mix song of the same name.

Andrew Wade was the producer of the song, and also did the audio recording, producing, mixing and mastering. Kenny Beaumont directed the music video which was watched approximately 700,000 times.