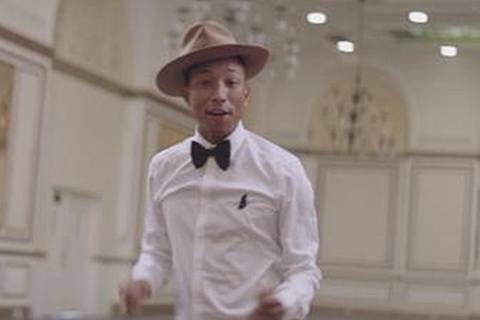 Written, produced and performed by Pharrell Williams for the soundtrack of the animated film Despicable Me 2, the neo soul single peaked at number one in the United States, United Kingdom and several other charts.

A live performance of the song won the Grammy Award for Best Pop Solo Performance. It also earned an Academy Award nomination for Best Original Song.