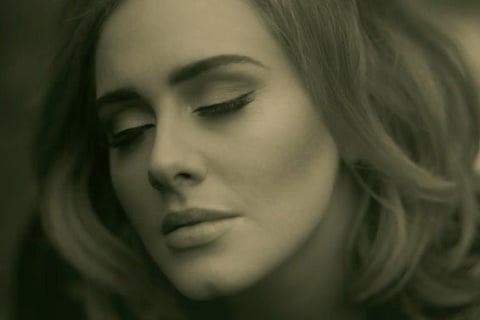 Piano ballad and soul song released as the lead single off of Adele's third studio album. Lyrically, the song hits on themes of nostalgia and regret. It won Grammy Awards for Record of the Year, Song of the Year, and Best Pop Solo Performance.

The song broke the Vevo Record for views in a 24-hour span, achieving more than 27.7 million views. The record was previously held by Taylor Swift's "Bad Blood," and Swift reclaimed the honor with her song "Look What You Made Me Do."