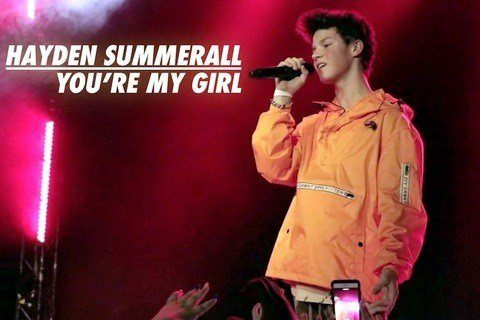 Personal favorite of Hayden Summerall to perform live, the original song from the social media star was heard during the course of the Rock Your Hair tour at cities such as Columbus, San Diego and Toronto.

The song could be heard in the web series Hyperlinked before it was officially released. Hayden performed it in episode 9 of the series.

You're My Girl Popularity

You're My Girl Fans Also Viewed