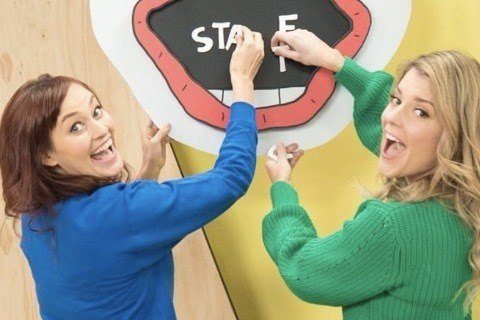 2019 Shorty Award-winning web series hosted by YouTubing sensations Grace Helbig and Mamrie Hart. It aired five days a week, and averaged for more than 2 million views per episode before being abruptly canceled after crossing the 150 episode mark.

The show began production when Helbig left Fullscreen to join Studio71. After the show was canceled, it lived on via a podcast called This Might Get Weird. The podcast name was taken from the duo's long-running live stand-up show, This Might Get Weird, Y'all.