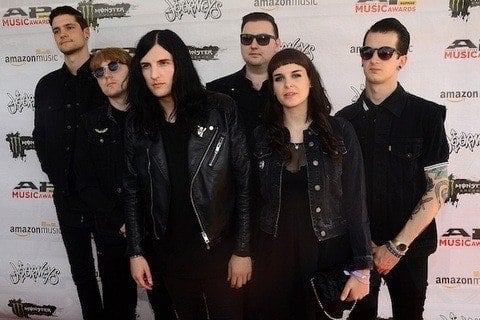 Horror punk artist who won a Kerrang! Award and a Metal Hammer Golden Gods Award in 2016. Their 2017 debut album Eternity, in Your Arms opened at number 18 on the UK Albums Chart.

They were a part of UK Warped Tour in October 2015. In 2017, they won a Rock Sound award for Best British Breakthrough.