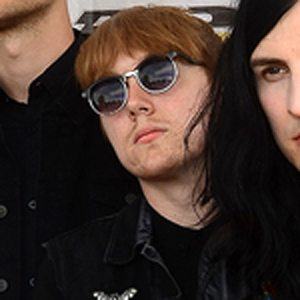 Original member of the horror punk band Creeper who often features as one of the band's songwriters in addition to his duties as lead guitarist and backing vocalist. The band was named Best British Newcomer and Best New Band at the Kerrang! Awards and Metal Hammer Golden Gods Awards, respectively.

He formed Creeper alongside Will Gould in 2014 after they had previously performed together in a post-hardcore band called Our Time Down Here. They released a self-titled EP that year.

His band's debut full-length album,, Eternity, in Your Arms, debuted at #1 on the UK Rock & Metal Albums Chart and within the top 20 of the UK Albums Chart.

He and the band originated out of Southampton, England.

He performed alongside Sean Scott in Creeper.

Ian Miles Is A Member Of