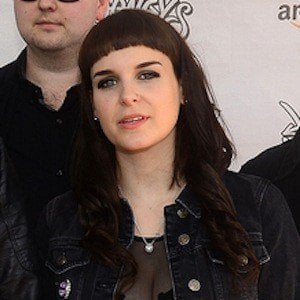 Keyboardist and vocalist for the horror punk band Creeper that is influenced by groups of the goth punk, punk rock and glam rock scenes.

She was initially a touring keyboardist with Creeper before being upgraded to full-time member in December of 2015.

Her band Creeper originated out of Southampton, England.

She performed alongside Will Gould in Creeper.

Hannah Greenwood Is A Member Of