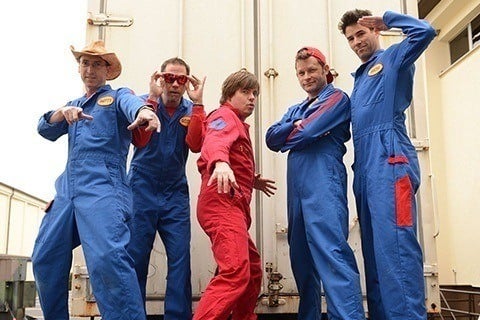 Comprised of members who were longtime friends and neighbors, the children's band would release a number of albums through Rec Room Records and Disney Records.

They starred on Disney Channel original series of the same name between 2008 and 2013. It lasted 3 seasons.

The quartet was made up of Scott Durbin, Dave Poche, Scott "Smitty" Smith and Rich Collins.