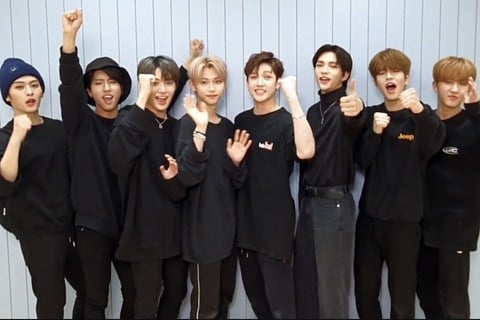 JYP formed K-pop boy band who were put to the test on a survival reality TV series of the same name to see if the 9 trainees could all survive together. In October 2019, Kim Woojin left the band.

The Stray Kids TV series was created in partnership with Mnet. They officially debuted in March of 2018 with the mini album I Am Not.