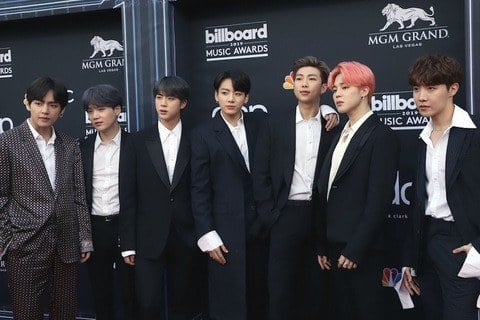 Also known as the Bangtan Boys, they officially debuted on June 12, 2013 with a debut single album called 2 Cool 4 Skool. They broke a YouTube record previously held by Taylor Swift for most-viewed video within 24 hours with the song "IDOL." They would later set the record again with their 2020 single "Dynamite," which was their first song to feature lyrics exclusively in English.

The band was formed by Big Hit Entertainment. Their first major world tour was called 2015 BTS Live Trilogy Episode II: The Red Bullet. They won Top Social Artist at the Billboard Music Awards four years in a row (2017-2020). In 2019, they also won the BBMA for Top Duo/Group. They were named 25 Most Influential People On The Internet by Time in 2017.