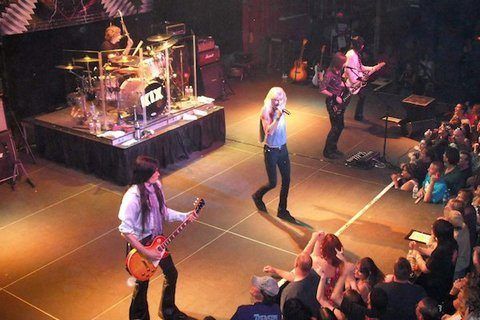 Peaking in popularity in the 1980s, this hard rock outfit was active until 1996 before reuniting in 2003. In their earliest years, they were known by the name of The Shooze, and for one year in 1980, were known as The Generators.

The original founders of the band were Ronnie Younkins, Brian Forsythe and Donnie Purnell. Their 1988 album Blow My Fuse was their only one to be Certified Platinum.