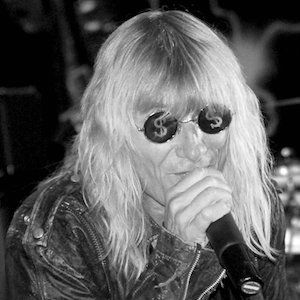 Legendary singer most well known as the frontman of the band Kix. The band first enjoyed success during the 1980s and 90s, but would later rejoin for the 2014 record Rock Your Face Off. He is also a member of the Kix cover band Funny Money.

Interested in music from an early age, he would often rush home after church to play the hymnals he'd heard by ear. He later played for a Led Zeppelin cover band and was eventually recruited to Kix in 1978.

Between his career with Kix, he worked as a music teacher at the Maryland Institute of Music. While there he taught Lzzy Hale of Halestorm.

He was born in Piedmont, West Virginia.

He has performed as a member of Kix alongside Jimmy Chalfant.

Steve Whiteman Is A Member Of