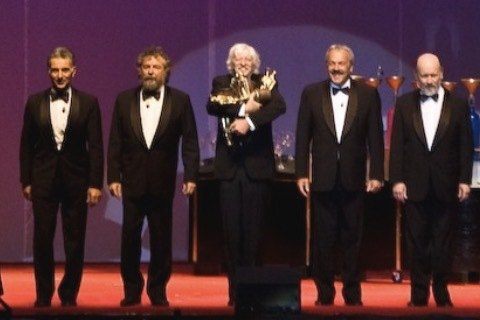 Comedy musical group popular in Spanish-speaking countries that is best known for their home-made musical instruments. They put on live shows throughout their career in addition to releasing ten studio albums between 1971 and 2013.

They worked with renowned Argentine cartoonist and writer Roberto Fontanarrosa until his death. They won the 2017 Princess of Asturias Award for Communications and Humanities.